Four of the nine poem blocks I put up for sale at City Art have found new homes, along with one landscape woodblock, so I need to create some replacements. 🙂 After spending a good couple of hours cutting out words and laying them out into possible poems, I finally grabbed a few lines I liked and headed into the studio.

At first, I was leaning toward green, but then something in me suggested gray-blue and magenta with cream and a hint of gold. I’m pretty sure this palette sneaked into my brain after a couple of evening trips into SF during dusk-time. The moisture hanging in the cool air glazes over the landscapes with periwinkle while the last few rays of sunlight peek out over the horizon with impossible pinks. It wasn’t my intention to replicate this when I sat down, but some how it ended up resembling that when I was done. 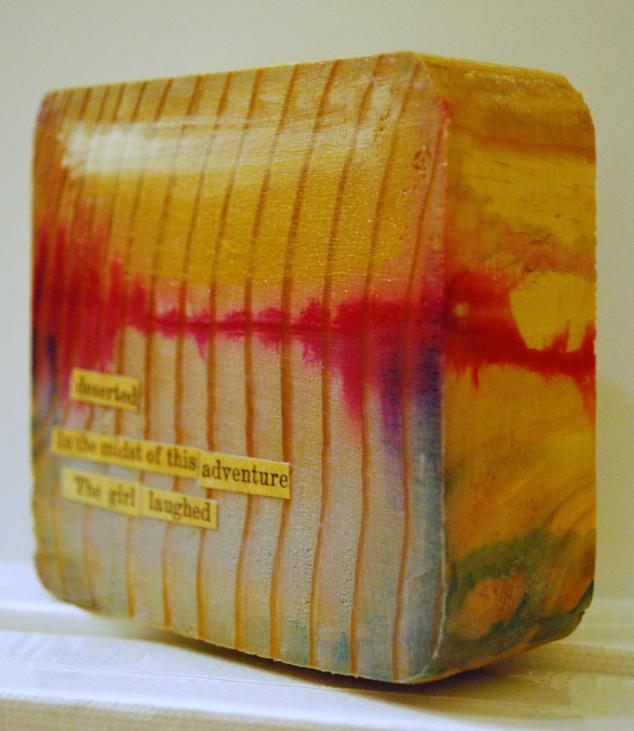 This piece reads: “deserted/ in the midst of this adventure/the girl laughed”. These words together make me think of a dauntless woman persisting in rejoicing in her inner strength and adhering to a positive point of view even in a situation people may see externally and expect it to have crushed her. As soon as I’ve got a few more of these lovelies, it’s back to the city for a refill.  27 days left!