Wow, “Into the White 2” totally sounds like some kind of crappy surfer action movie sequel. You know, like the lame rip-off version of Point Break for the WB or something. (Does that channel still exist?) It seems like I’ll sometimes hear songs that I think are an instrumental version of some classic tune, but then they vary just slightly by a few notes- so as to avoid a lawsuit, I’m assuming. The same thing happens with made-for-tv movies. You get stuck on some random movie that you leave on because you or your spouse is convinced that you’ve seen it already, but then before you know it, 90 minutes have passed and you feel scammed. 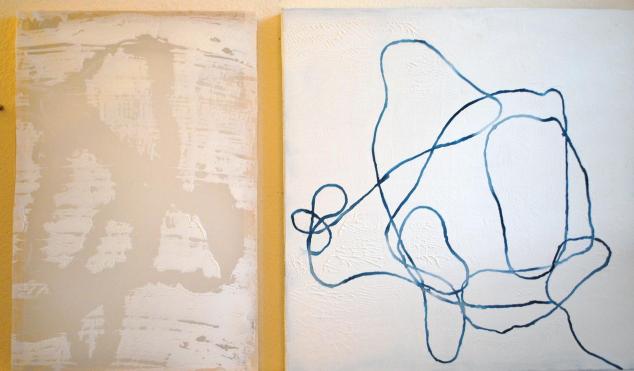 Anyway, this is the other drafting film impression of the other “Little Big Blue” painting, which I put on a frame today. I tried again to illuminate it with a lower watt bulb, but it zapped the second I plugged it in. Hence, not the greatest photographs ever, but you get the idea. 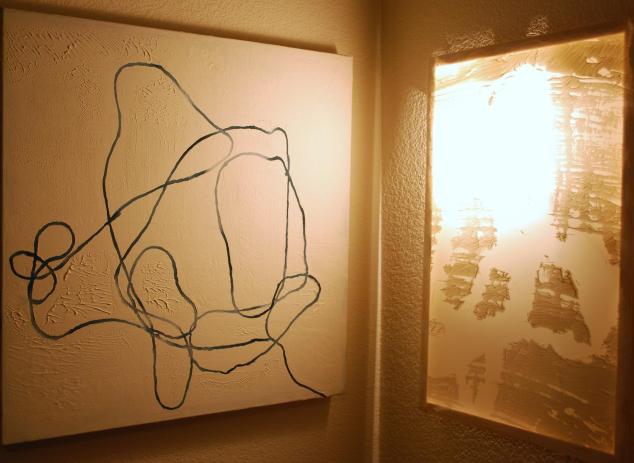