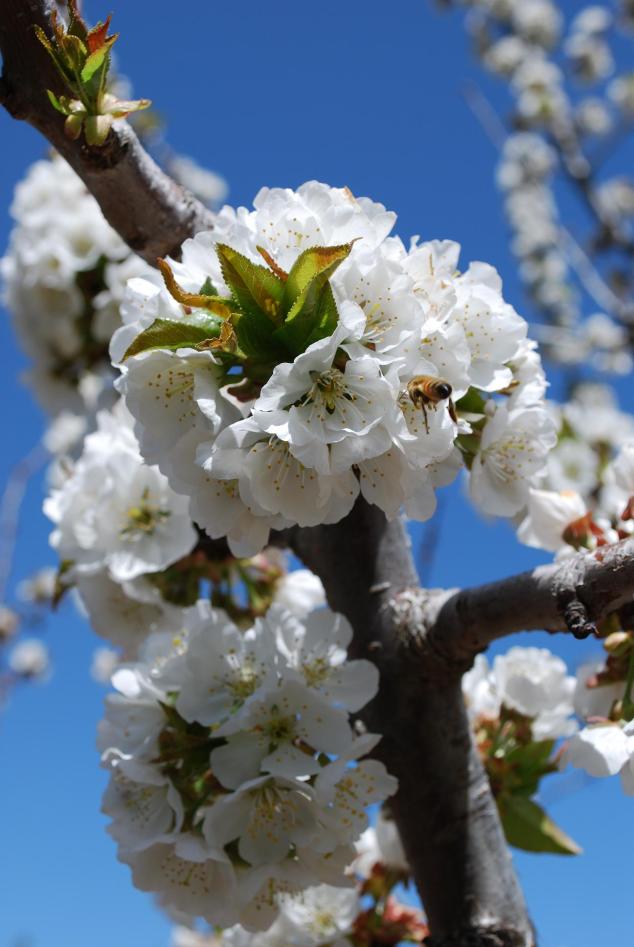 After yesterday’s photo trip fail, I decided to go for it today with a fully charged camera battery. I started out with wildflowers, and discovered the bees were having a great day in the nectar-collecting business. Most of the photos I got were of the bee’s behinds, however…

…and that pattern stuck with us all the way out into Placerville, where we traveled to enjoy the Annual Apple Blossom festival. We visited the Boa Vista Orchards first, where we picked up some apple-blackberry wine, apple-pumpkin butter, blackberry jam and raw local honey. Somehow, purchasing the honey seemed to alter the bees’ photogenic attitudes, and they began to work with me:

And when we made it to the Lava Cap Winery, where we enjoyed a nice chardonnay with mushroom brie and proscuitto overlooking the forested hillside, Rob even discovered a sweet-smelling bush covered in BUMBLE BEES! It was a real treat. Neither of us had seen a bumblebee in years. 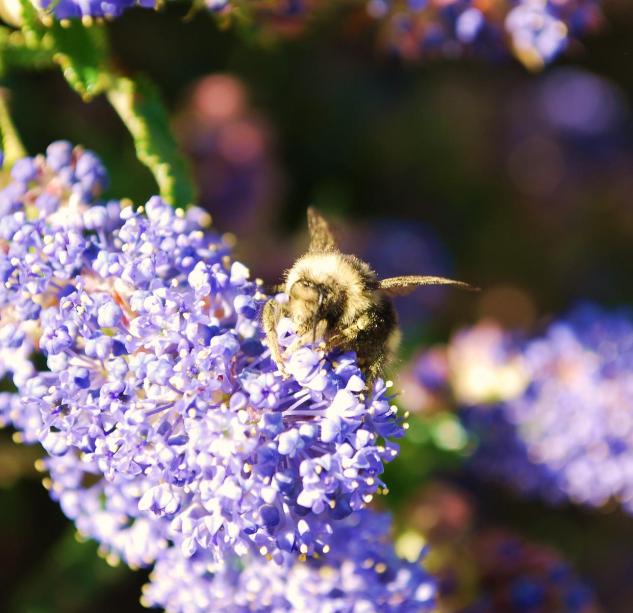 In fact, when we lived in Campbell, we’d see dead bees on the sidewalk often. A lot of people think the mystery of bees dying off suddenly can be attributed to the aerial spraying being conducted under the premise of “geo-engineering”, in which aluminum particulates (like those in sunscreen) are being sprayed into the air to make clouds more reflective and in theory, to prevent global warming. If you’ve ever noticed planes spraying lines that spread out and become hazy clouds, you’ve seen chemtrails in action. This trailer from a documentary detailing scientific findings of serious changes in the ecology of northern California. Prompted by the sudden deaths of fish and trees, scientists were shocked to discover unsafe ph levels in the water and soil, and extremely high parts per million of the chemicals from the aerial spraying- far past EPA ratings. It’s from the website GeoEngineeringWatch.org, which I’d encourage you to take a peek at if you want to learn more.

I used to be afraid of bees, but now I love them. I know they’re just doing their best to survive and support the environment, as well as supply us will all kinds of goodies like honey, royal jelly and bee pollen. And I hope more people will become aware of ways to protect them- and us- by learning about and becoming involved with environmental threats. Hope you enjoyed the busy little bee butts!